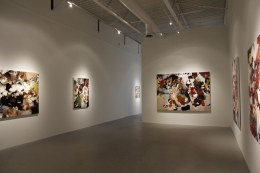 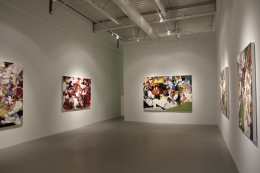 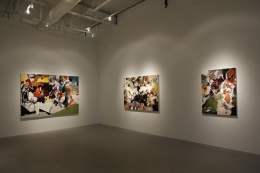 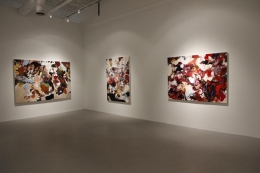 Once You Go Withey- You Never Go Withoutey, 2012

Cris Worley Fine Arts is pleased to host Trey Egan’s MFA thesis exhibition, Be Still with Me, opening January 12th with an artist reception from 6pm – 8pm. Be Still with Me is Egan’s second solo exhibition (and first in North Texas) following a brilliant debut during ArtHouston 2012. In Egan’s paintings, channels of rich color intermingle with indefinite organic forms. His lush and abstract canvases exemplify the beauty of pure paint and are made through the artist tapping into his subconscious without the purpose of depicting specific visual imagery. In this way, Egan’s visual language deals with the relationship between the subconscious and physical space and allows the viewer to navigate each composition through his or her own memories and experiences.

Trey Egan is a candidate for a Masters of Fine Art in the spring of 2013 at the University of North Texas College of Visual Art and Design. He has been part of many juried group exhibitions including some juried by: Peter Doroshenko (Executive Director of the Dallas Contemporary), Toby Kamps (Curator at the Menil Collection), Clint Willour (curator at the Galveston Arts Center) and artists Annette Lawrence, Vincent Falsetta, and Erick Swenson among others.