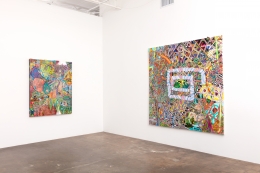 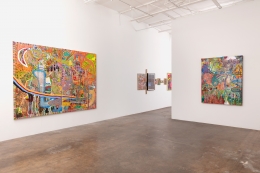 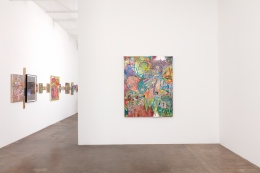 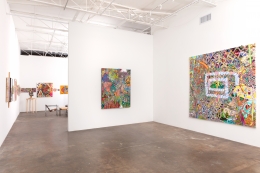 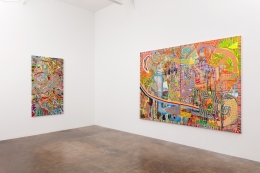 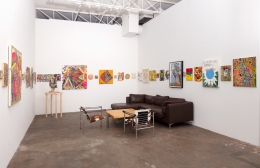 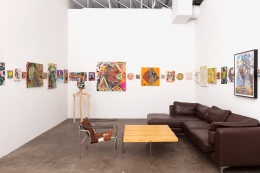 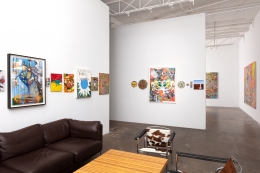 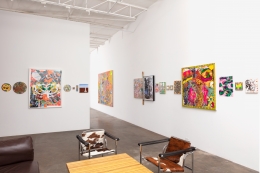 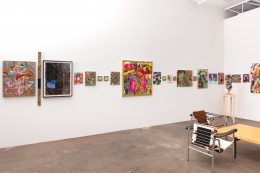 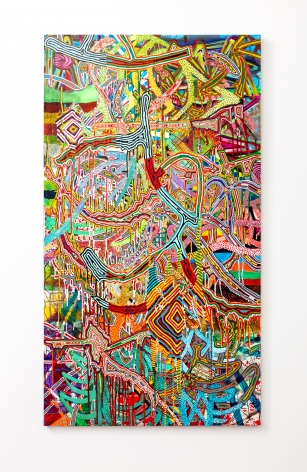 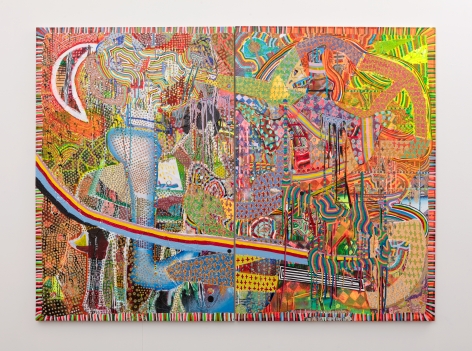 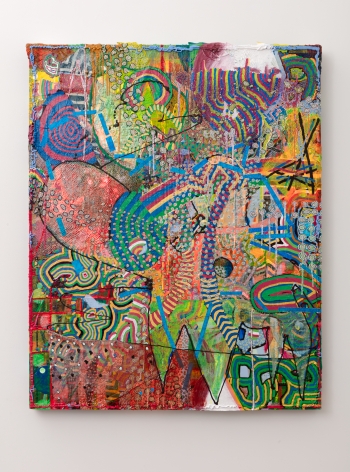 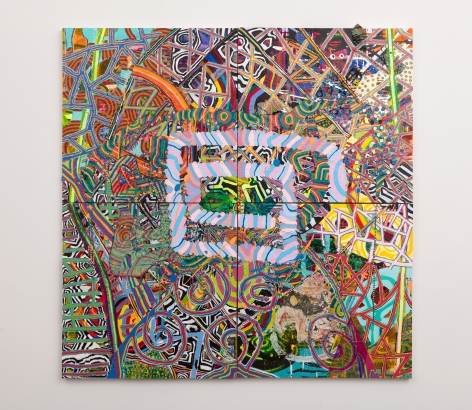 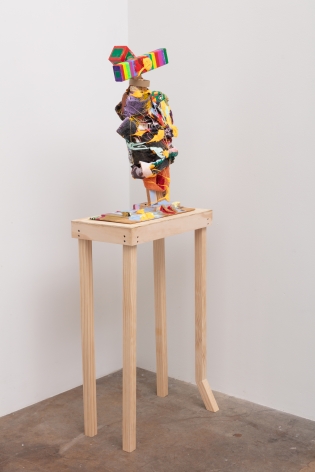 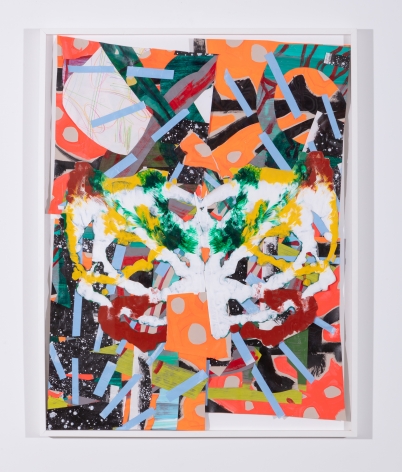 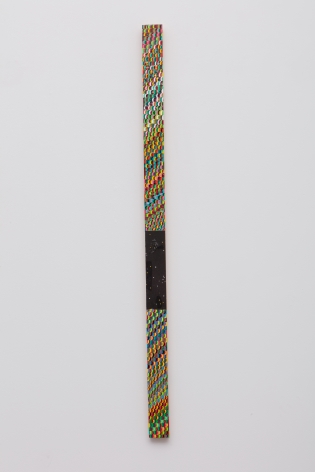 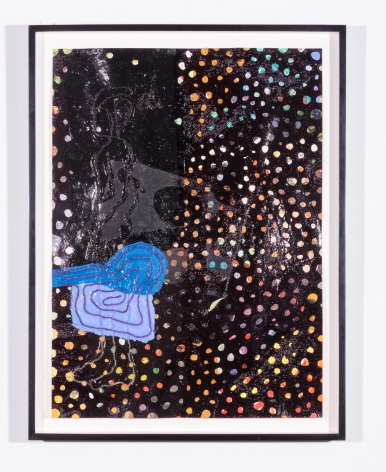 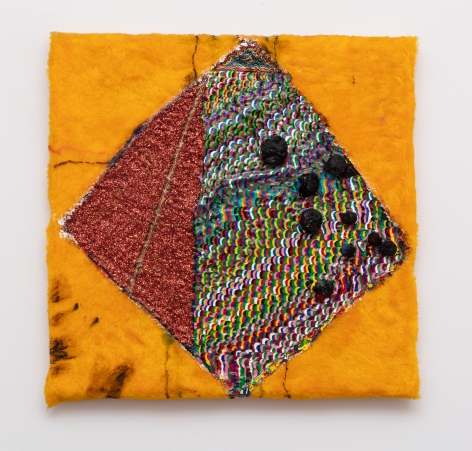 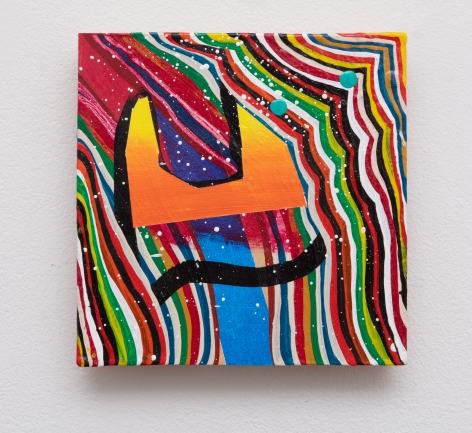 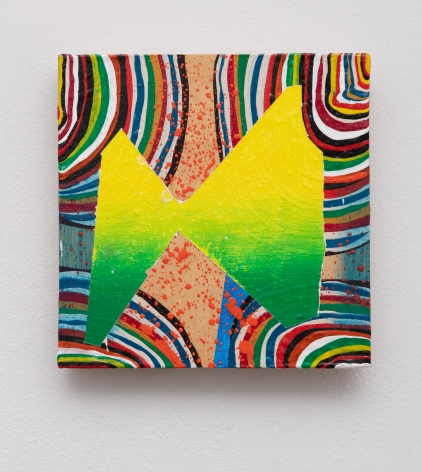 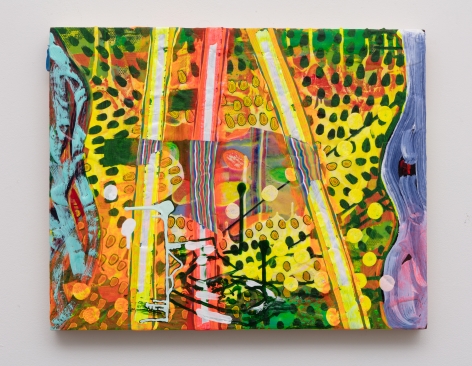 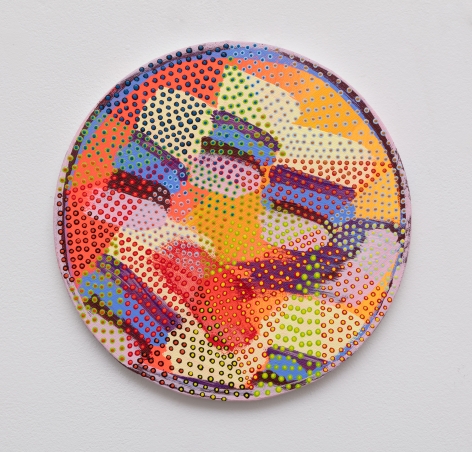 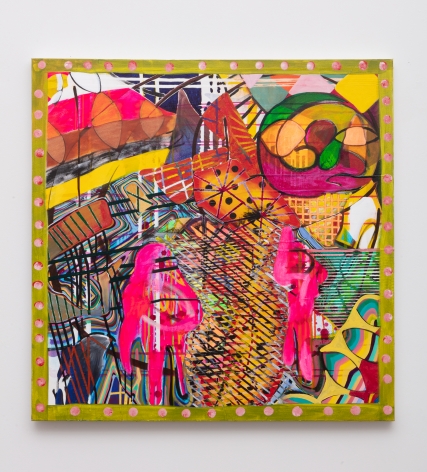 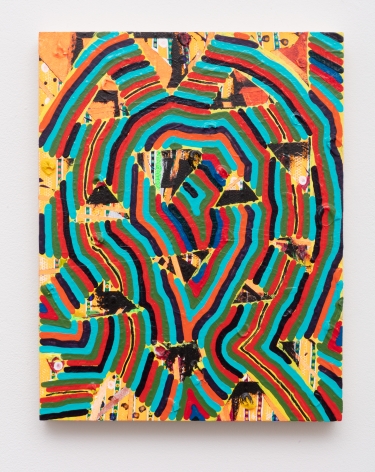 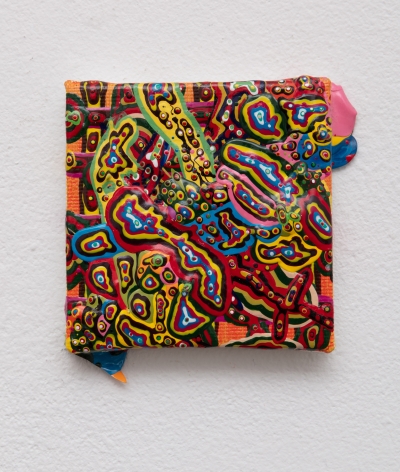 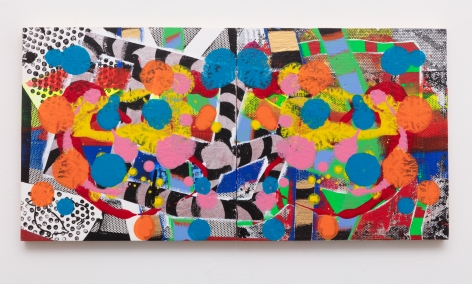 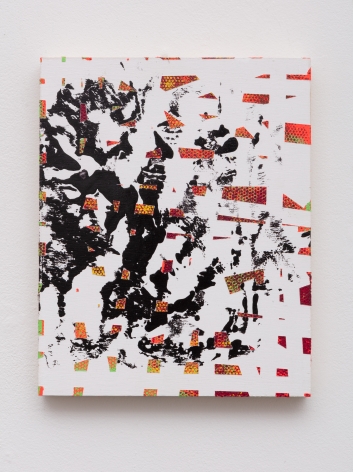 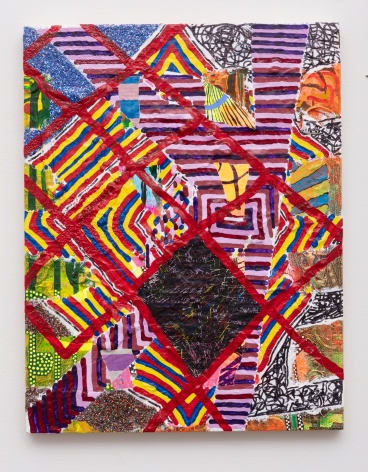 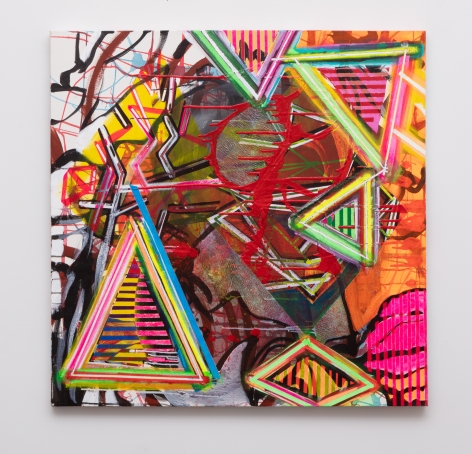 Cris Worley Fine Arts is pleased to announce our second solo-exhibition with Dallas artist, Steven Charles entitled Sewn to the Sky. The exhibition will open with an artist’s reception on Saturday, October 19th from 5:30 to 8:30 pm. Sewn to the Sky will be on view through November 16, 2019.

Steven Charles is known for his electrifying abstract compositions that vibrate from obsessive shifts in spatial depth and color. Densely applied layers of paint coalesce into “schizophrenic monochromes,” a term coined by the artist to describe the duality of “the one and the many” in his psychedelic paintings. This apparent synergy is paralleled in titles such as, sidewalk gas glow track pants vehicle rain that imply a non-hierarchal consideration to the physical and conceptual components within each work. Charles’s paintings often culminate in a screen of drips and dots, a unifying element that congeals the artist’s anarchic, circuitous patterns.

Along with several new large-scale paintings, works on paper, and a rare sculpture, the artist will create a non-chronological career timeline which features a plethora of works from 1998 – 2019. Each piece acts as a time capsule, many containing personal objects that allude to inside jokes and memories buried beneath the strata of paint. This visual memoir marks an ending and a beginning of eras, paralleling the artist’s return to Dallas, Texas after over twenty years of living and painting in New York City.

Steven Charles was born in Birkenhead, England, in 1967 and immigrated to North Texas in the late 1970’s. He received his Bachelor of Fine Arts degree from the University of North Texas in 1994, and he gained his Master of Fine Arts degree from The Tyler School of Art, Temple University in 1996. Shortly thereafter he moved to New York, where he was a Visiting Artist Lecturer at the School of Visual Art. His work has been nationally exhibited in galleries and museums on the East and West Coasts, as well as abroad in Canada and Spain. Most notably he was represented for many years by Pierogi and Marlborough Galleries in New York City. He has been the recipient of a Pollock-Krasner Foundation Grant, and an Artist’s Fellowship from The New York Foundation for the Arts. His work has been reviewed in publications such as, Art in America, The New York Times, The Wall Street Journal, and Vice among others.