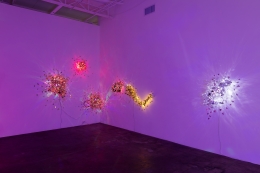 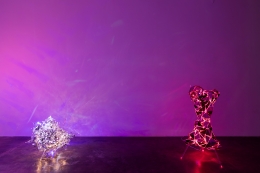 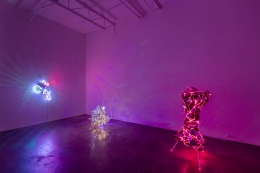 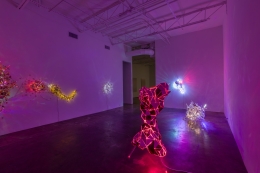 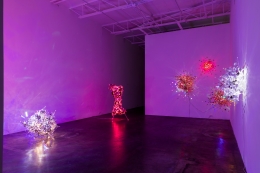 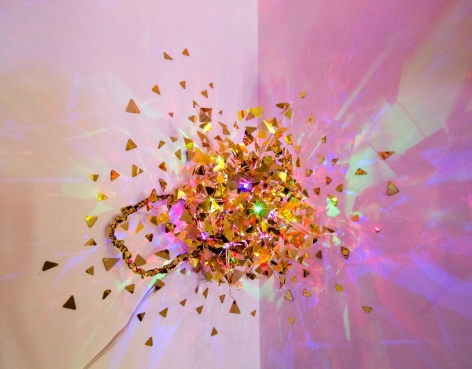 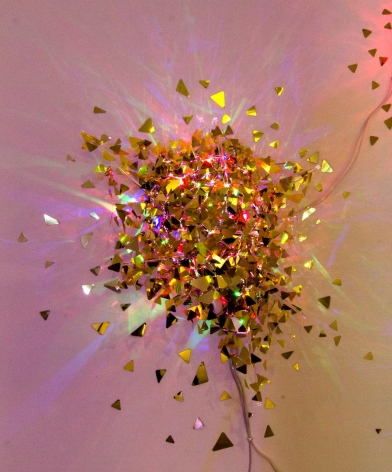 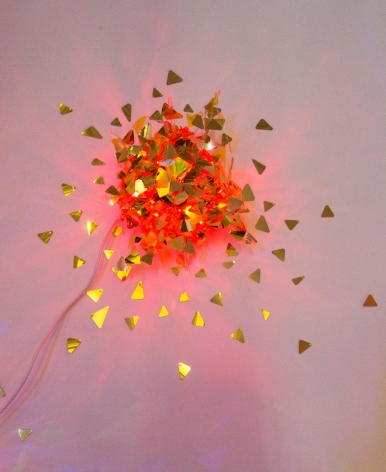 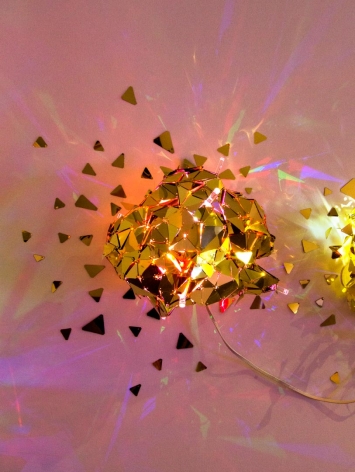 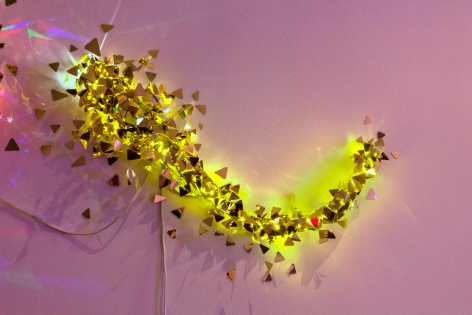 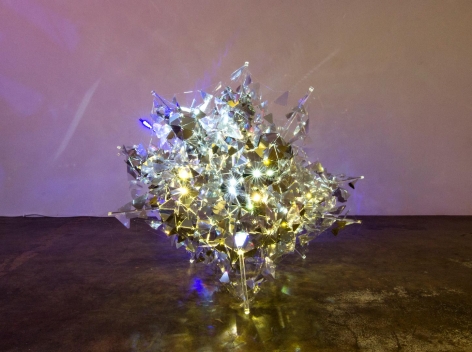 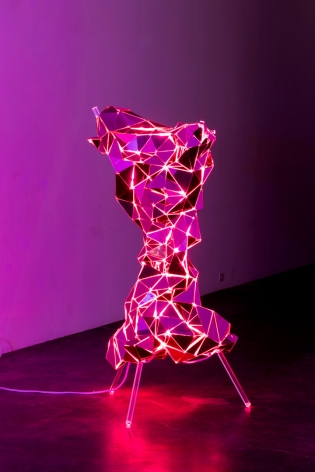 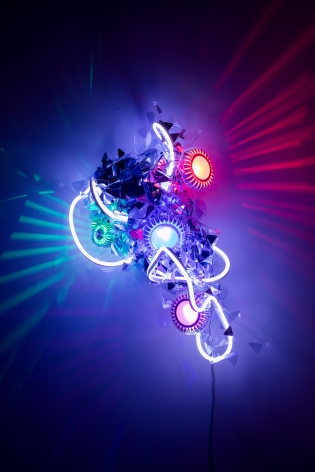 Dallas, TX - Romanian-born Adela Andea is known for her innovative light installations that create an all-encompassing visual and temporal experience. Andea constructs futuristic forms and environments with her medium, combining technical materials, such as magnifying lenses, LED lights, flex neon, and power sources, with organic motifs. Her inspirations are almost always derived from science – from the bioluminescence of underwater sea life, to the melting icebergs that plague the planet, to various cosmological and interstellar events.

However, Andea discovered a shift in inspiration while attending a recent artist-in-residence program in France. On a day trip to Versailles, as she wandered through the gilded halls and resplendent architecture of the Sun-King’s Palace, she was taken by surprise. Says Andea, “I was never a big fan of the heavily decorated royal palaces until I visited Versailles. [In this body of work] I want to bring back into a contemporary format certain artistic aspirations of luxury and reinterpret them through a technological lens.” This dialog with the past can be seen most directly in the large-scale work entitled Hall of Fragmented Mirrors. With her use of electrical light sources and hand cut, gold, reflective plastics, Andea speaks to current cultural modes of expression while simultaneously nodding to its historical roots. The title of the exhibition, Rappel (“reminder” in French) signifies a message that despite our daily distractions, we remain connected to the past.

Adela Andea currently lives and works in Houston, Texas. In 2012, she received dual Masters degrees in Fine Arts and Art History from the University of North Texas. Andea exhibits frequently throughout the country, and has been featured in many art fairs, such as Scope Miami, the Dallas Art Fair, Art Miami, and the Houston Fine Art Fair, among others. In late 2015, Andea participated in an artist-in-residence program with Zébra3 in Bordeaux, France where she created a public installation at 7 Vitrine Place du Parlement. Andea has been invited to create many site-specific installations, including a recent public art acquisition at the College of Human Sciences at Texas Tech University, Lubbock, TX; Women and their Work, Austin, TX; Galveston Art Center, Galveston, TX; the 2013 Texas Biennial, San Antonio, TX; Gensler in Houston; the Fashion Industry Gallery in Dallas; and The Grace Museum in Abilene, Texas, among others.