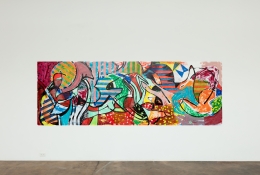 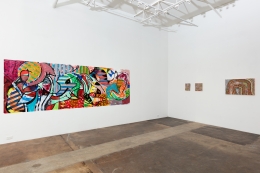 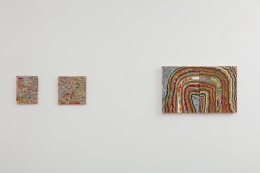 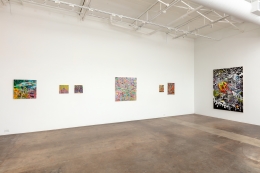 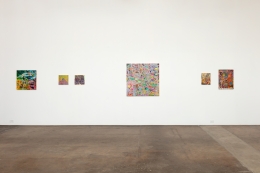 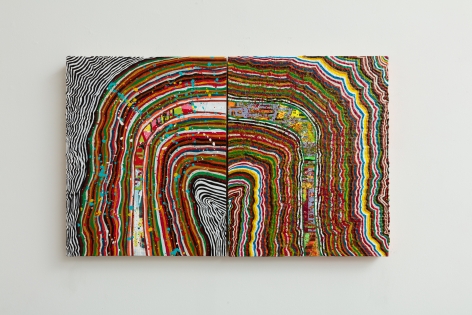 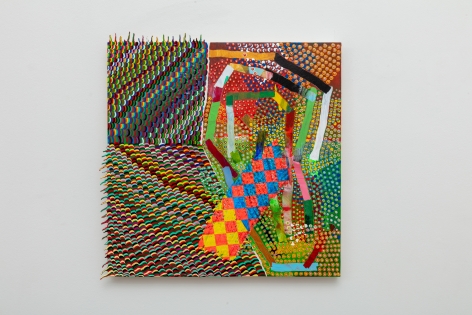 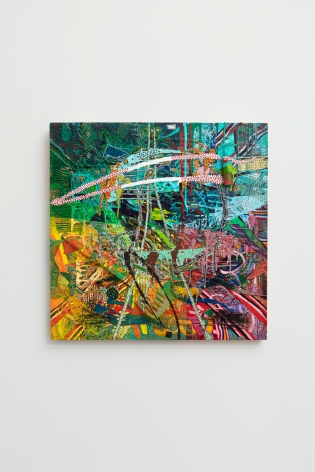 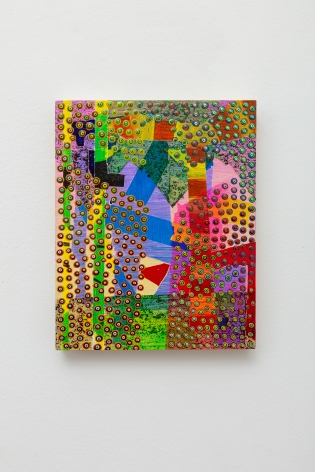 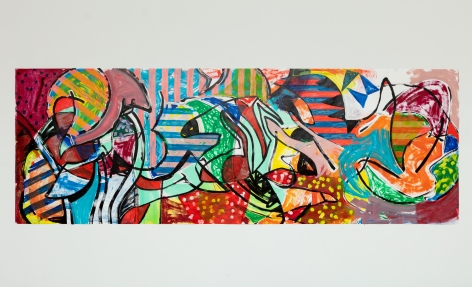 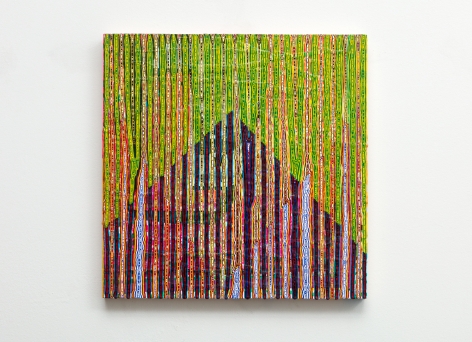 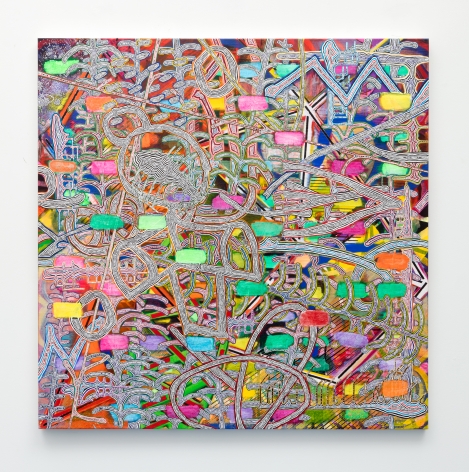 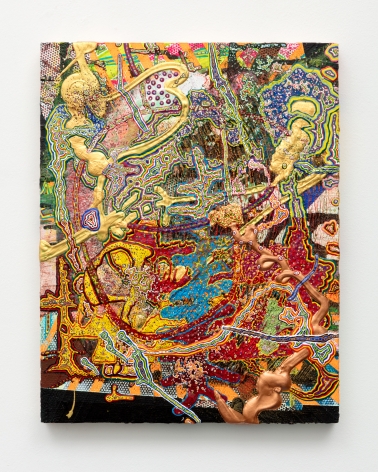 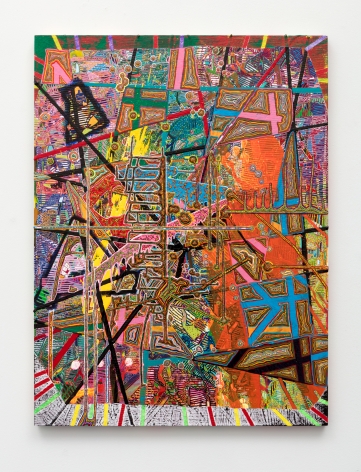 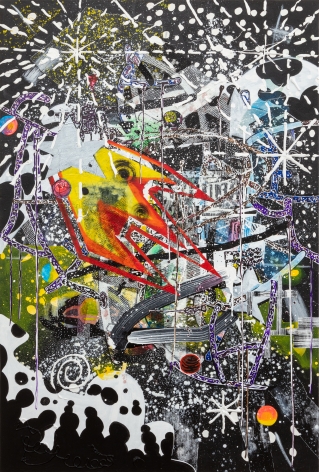 Cris Worley Fine Arts is proud to announce our first solo show of paintings by local artist Steven Charles. You and I are living now, opens with an artist’s reception on Saturday, May 19th from 5 – 8 pm.  The artist will be in attendance for the opening reception. This exhibition marks the artist’s first solo show in Texas and will be on view through June 23.

Paintings by Steven Charles are electrifying multi-layered abstract compositions that obsessively shift in spatial depth and color producing dazzling optical effects. Often embedded with found material, his combined works are known for their eerily sweet palette of acrylic paint that appear to be emerging microbial colonies—frozen in vivo. His work is highly informed by the aesthetics of surrealist and pop art, which took satirical approaches to the notion that “high” art should exist separate from forces in popular culture.

In this exhibition, the artist continues his ambitious execution of densely mapped compositions, which can often take years to complete. Playful, rigorous, and spontaneous, his works pulsate in a distinct maximalist style all their own.

The title of the exhibition is an invitation, spoken directly from the work of art to the viewer, beckoning a closer look. This invitation extends from the artist’s belief that, “the viewer completes the image,” and signals his arrival in North Texas. For the artist, and the viewer, the pleasure is in the details.

Steven Charles was born in Birkenhead, England, in 1967 and immigrated to North Texas in the late 1970’s. He received his Bachelor of Fine Arts degree from the University of North Texas in 1994, and gained his Master of Fine Arts degree from Temple University in Rome in 1996. He was a Visiting Artist Lecturer at the School of Visual Art in New York in 2003 and 2015. His work has been exhibited nationally in galleries and museums on the East and West Coasts, and abroad in Canada and Spain. Most notably he was represented by Pierogi and Marlborough Galleries in New York City. He has been the recipient of a Pollock-Krasner Foundation Grant, and an Artist’s Fellowship from The New York Foundation for the Arts. His work has been reviewed in publications such as, Art in America, The New York Times, The Wall Street Journal, and Vice among others