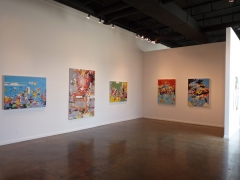 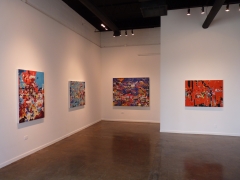 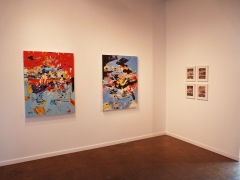 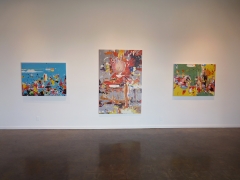 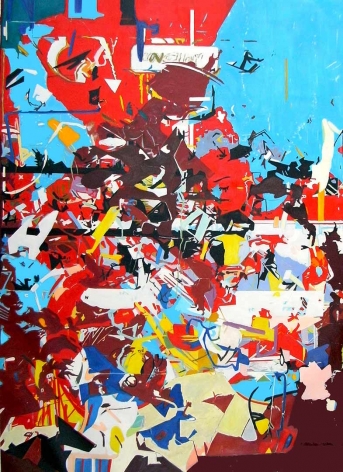 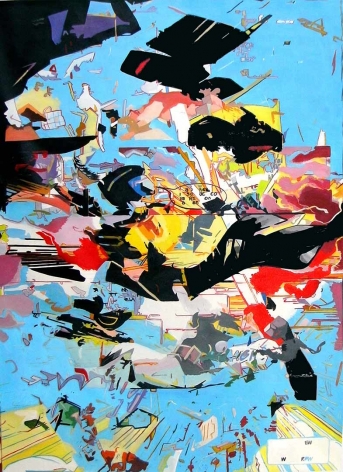 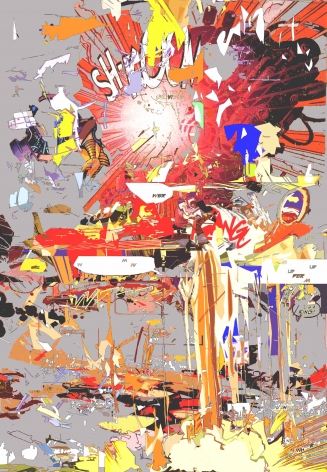 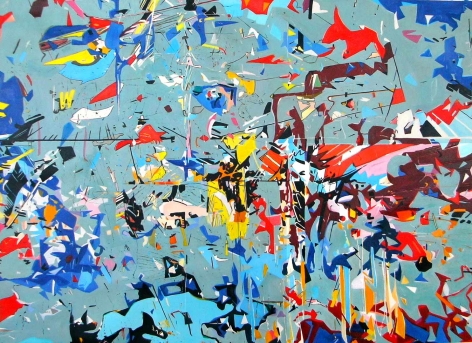 This exhibition will feature Nieto’s latest in an ongoing endeavor into “comic abstractions”, a phrase coined by the artist to reflect both the subject matter and the process involved in creating the works. Drawing from iconic source material, Nieto digitally assembles disparate fragments from various comic books and popular culture. These digitally derived sketches serve as the starting point to what ends in an explosive composition of color and movement on canvas.

Ruben Nieto was born in Veracruz, Mexico. He holds a BFA from the Universidad de Guanajuato, an MFA in Arts and Technology from The University of Texas at Dallas, where he is now a PhD candidate. Nieto is also the new assistant director at CentralTrak, an artist residency program through UTD, where he has been a resident in recent years. Nieto has shown internationally in Switzerland, Germany, Spain, France, Canada, Mexico and the U.S. In the fall of 2010 he had a solo exhibition at the Dallas Contemporary.