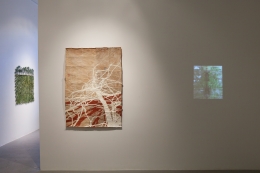 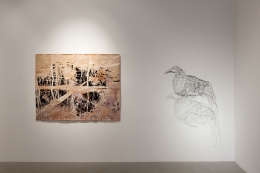 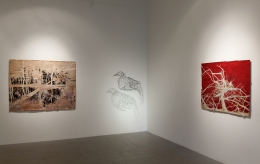 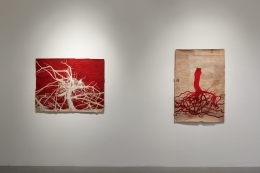 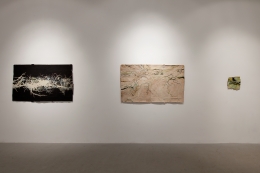 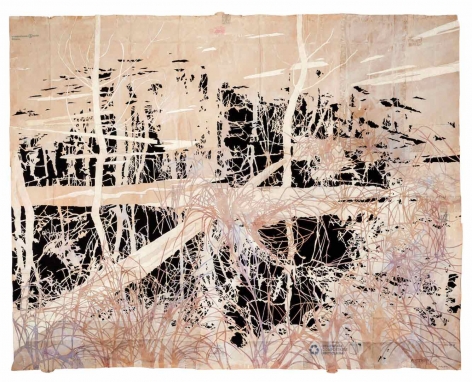 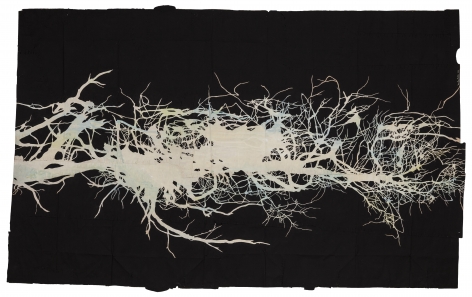 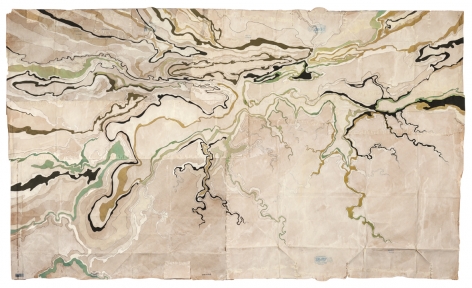 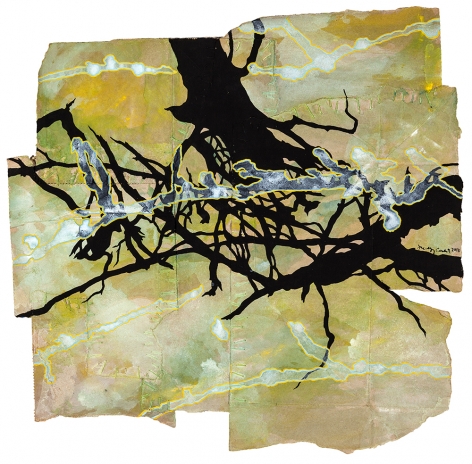 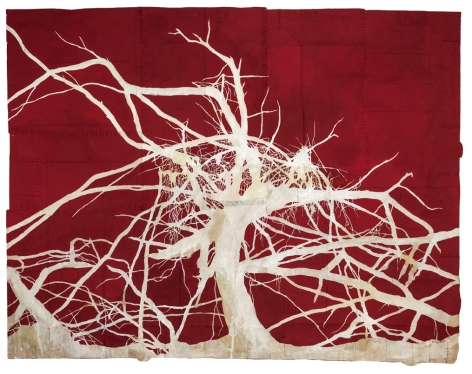 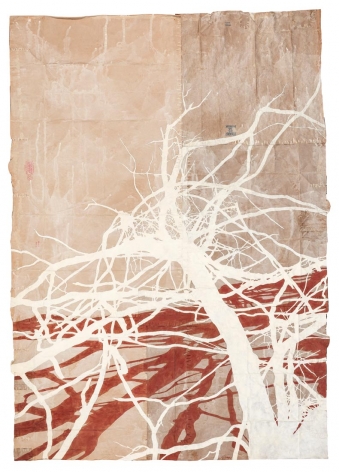 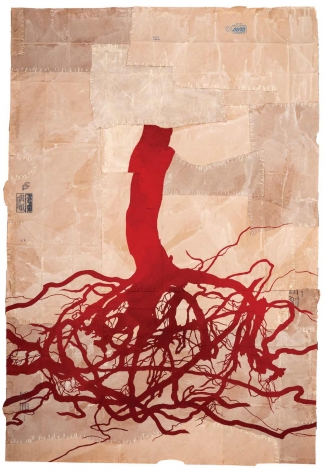 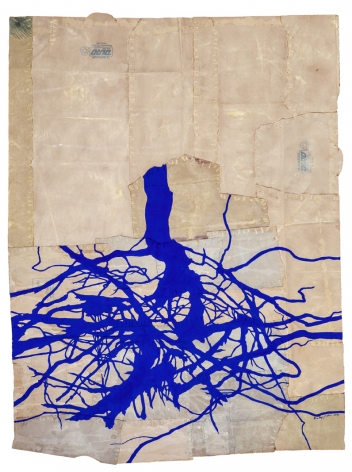 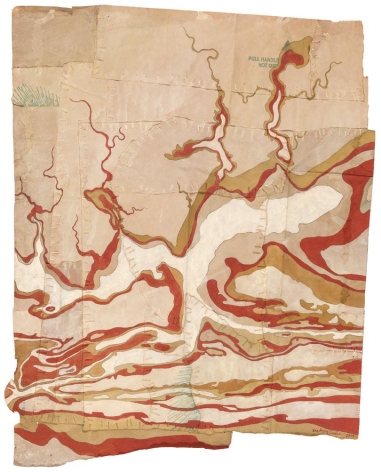 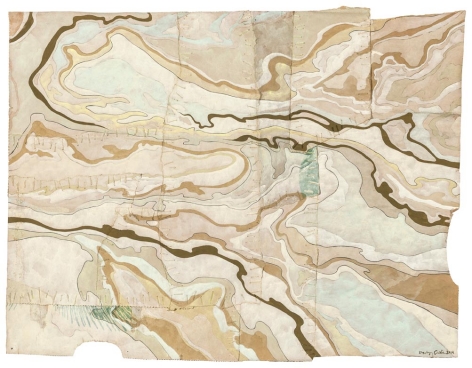 Cris Worley Fine Arts is excited to announce the land is already shadow, the land is already sea, a solo-exhibition by artist Maysey Craddock which will include an artist talk on February 22nd from 5 – 6pm. Craddock began her large-scale gouache paintings on deacidified found paper in 2003 and has since continued her exploration of both architectural and natural ruin. “[T]he object-ness of the bag, the wrinkled terrain, the history of use” are part of what attracts Craddock to her surfaces. These surfaces connect to Craddock’s work “focused on architectural ruin as a visual exploration of themes of impermanence, mortality, memory, and entropy.” However, the work for the land is already shadow, the land is already sea is based off of Craddock’s interaction with and documentation of the Alabama Gulf Coast.

Craddock says of her latest subject: “I have been going to this place my entire life, and have seen the way it has changed in my lifetime, not to mention the 200 years or so since it has been settled.  The works in this show are based on my own photographs which document the tiny stretches of natural coast that are left. The trees are grasping to hold it together, stitching land and sea. Ghosted husks of a fading world, they are like memorials to the memory of another land.”

Maysey Craddock currently lives and works in Memphis, TN and received her MFA in 2003 from Maine College of Art. She exhibits frequently throughout the United States and has been included in exhibitions at the Memphis Brooks Museum of Art, The Contemporary Art Center of New Orleans, and the Dixon Museum of Art. Craddock has received many fellowship awards and has participated in artist residencies both in the US and Germany. Her work is also part of many public and private collections such as the Brooks Museum of Art, Federal Express, Nordstrom, and Pfizer Corporation, among others.