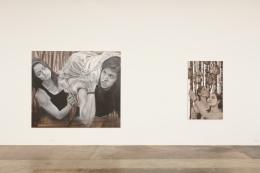 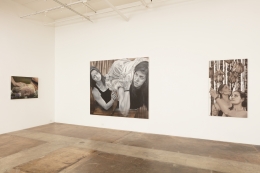 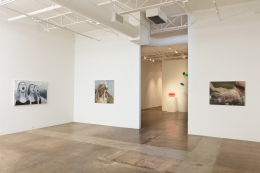 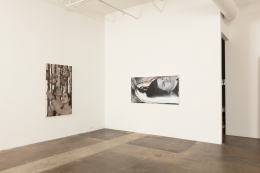 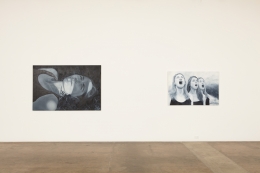 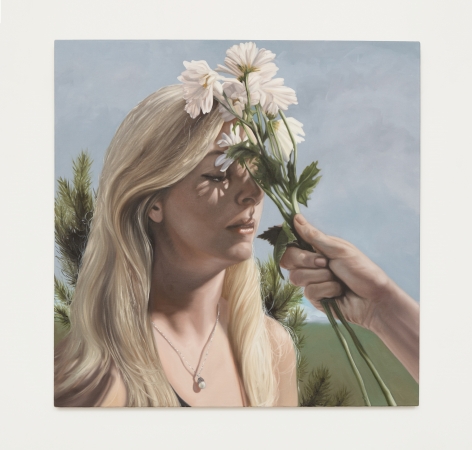 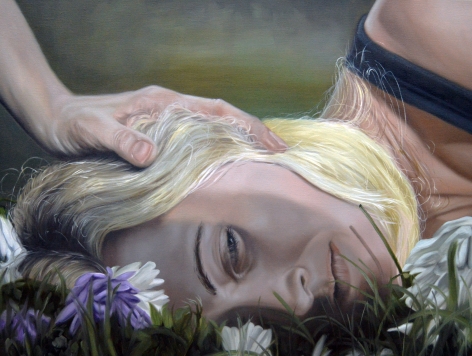 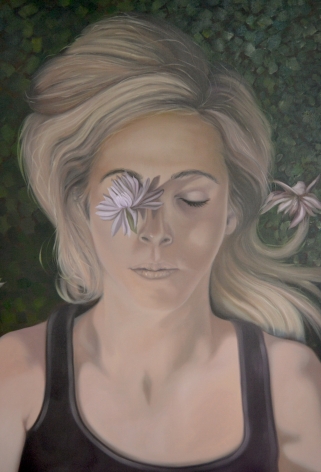 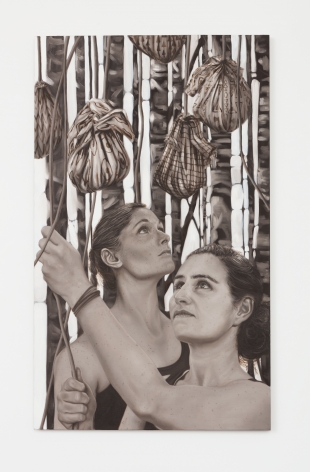 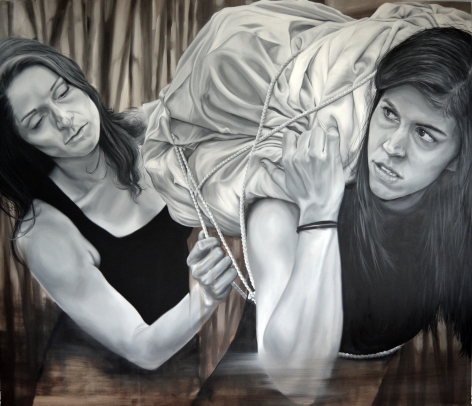 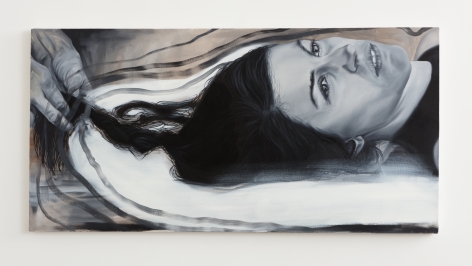 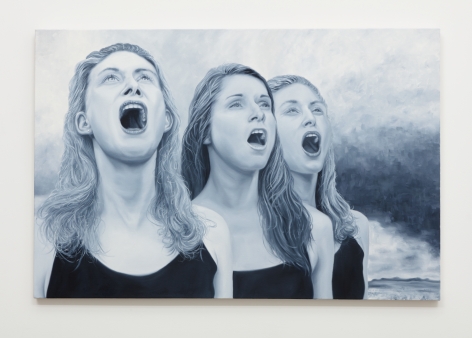 Cris Worley Fine Arts is proud to present Sappers and Miners, our second solo exhibition with Kelli Vance, opening with an artist’s reception on Saturday, May 13th from 5 – 8 pm. Sappers and Miners will include a series of large-scale paintings produced in oil on canvas. The exhibition will be on view through June 17, 2017.

Kelli Vance is known for her photorealistic paintings, which explore psychologically thrilling themes from voyeurism to assumed identity. Her work is primarily driven by complex narratives surrounding socially constructed notions of femininity that romanticize alternative forms of beauty.

Working from staged photographs, Vance enhances tension in the subjects of her chosen models through her painterly play with light and textures including hair, rope, cake icing, and wet skin. She muffles provocative shouts existing within her compositions by depicting only portions of their narratives, keeping actions hinted by the titles relegated outside the frame.

In the recent work of Sappers and Miners, Vance suspends her depictions of female figures in tantalizing situations, in favor of subdued rituals. An arsenal of occult magic follows her figures in We Provide Our Best Offering to the Universe (2016) and Sun Eaters (2016) as they attempt to locate their locus of control in preparation for psychological battle. This sublime search for power is echoed by a palette of black and white, erasing any evidence of opulence from Vance’s earlier cinematic scenes. These new works summon viewers to seek serenity when reality becomes chaotic.

Kelli Vance was born in Garland, Texas receiving her BFA from the University of North Texas in 2005 and her MFA from the University of Houston in 2008. She was included in the 2009 Texas Biennale, in 2014 she was a finalist for the Hunting Art Prize, and in 2017 she received a Houston Arts Alliance Individual Artist Grant. Vance’s work has been shown widely across Texas as well as in Los Angeles, Chicago, and New Mexico.