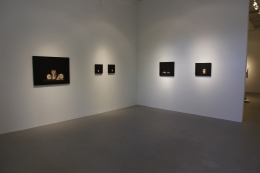 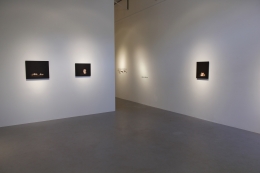 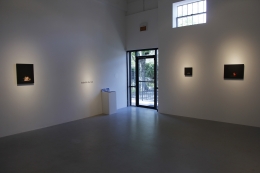 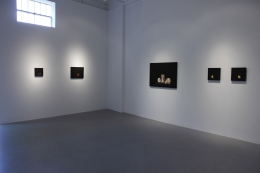 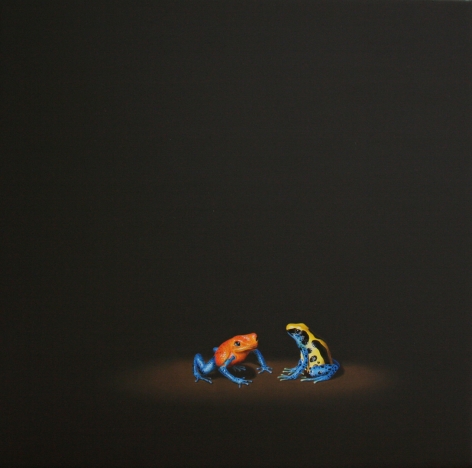 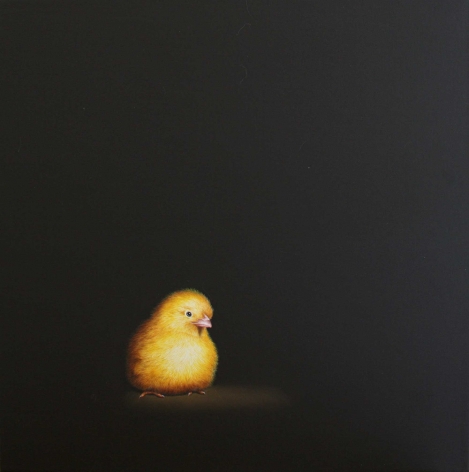 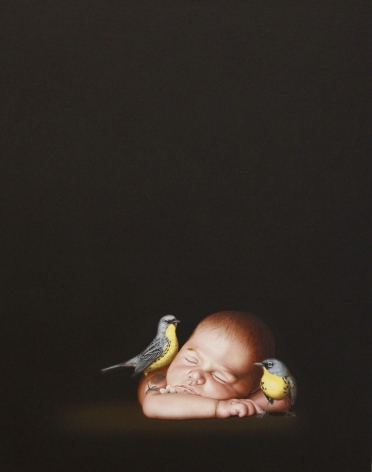 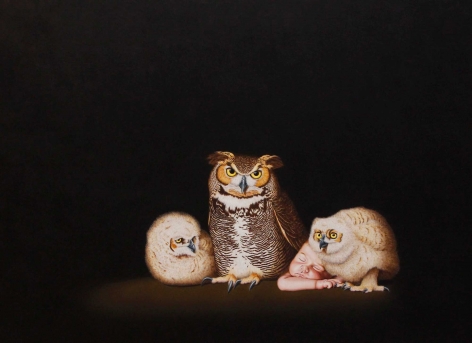 Cris Worley Fine Arts is pleased to announce Isabelle du Toit – New Paintings opening on April 6th, 2013 with a reception from 6pm – 8pm and continuing through May 11th.  While this will be du Toit’s first solo exhibition with Cris Worley Fine Arts, she has been a prominent part of the gallery and has shown with Worley since 2000.

Du Toit’s photorealistic portraits of animals (birds, mammals, insects, fish) and babies visualize the plight of man versus nature using wit, empathy and respect.  The smaller canvases portray animals alone in clean, dark voids very different from their natural habitats.  Du Toit’s detail is so fine that you can see each individual feather on the birds or the fine hairs of an animal’s coat.  In her larger works, life sized babies are juxtaposed next to her animals and the two connect through their isolation and vulnerability. The artist heightens the effect by using chiaroscuro, which is the perfect vehicle to show illustrate her technical prowess.

Du Toit is greatly interested in wildlife conservation and frequently paints endangered species because of her concern regarding the destruction of wildlife by mankind.

Isabelle du Toit was born in Strasbourg, France and studied printmaking at Nelson Mandela University in South Africa.  She lived in Texas for many years and now lives and works in Fort Myers, Florida.  Du Toit’s work has exhibited nationally in Texas, California, Chicago, New York, Colorado, Seattle, and Florida, among others.  Internationally, her work has been shown in London and Panama City, Panama.