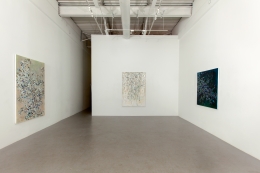 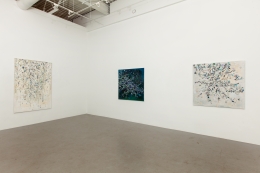 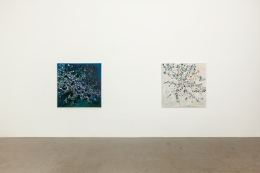 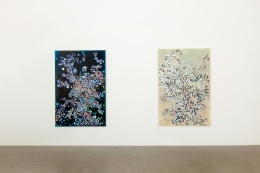 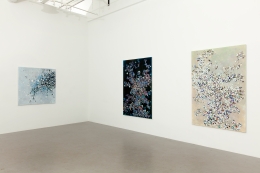 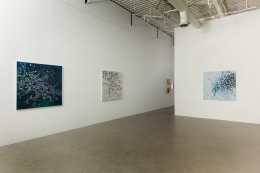 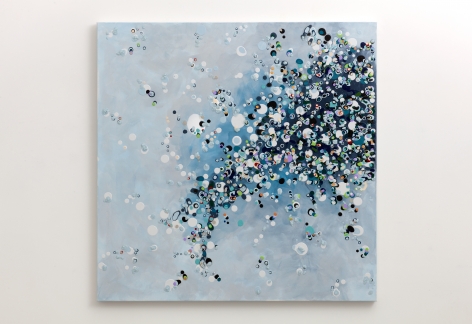 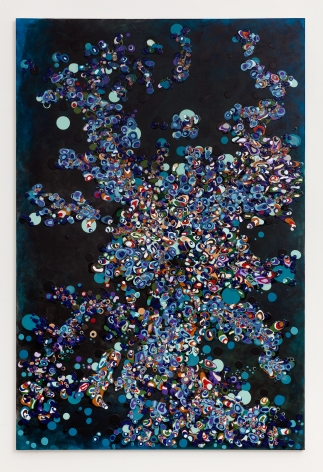 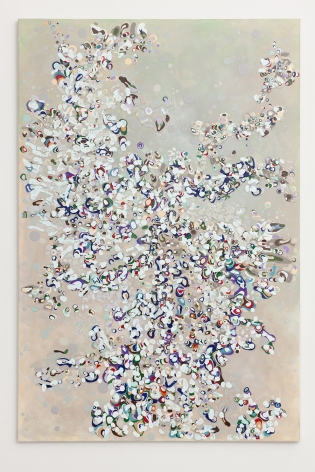 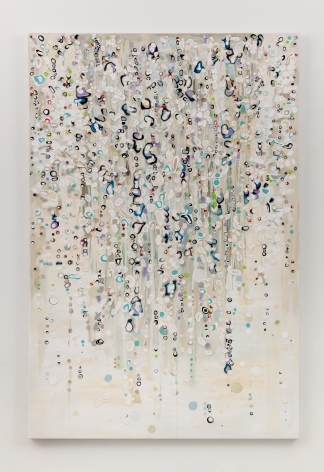 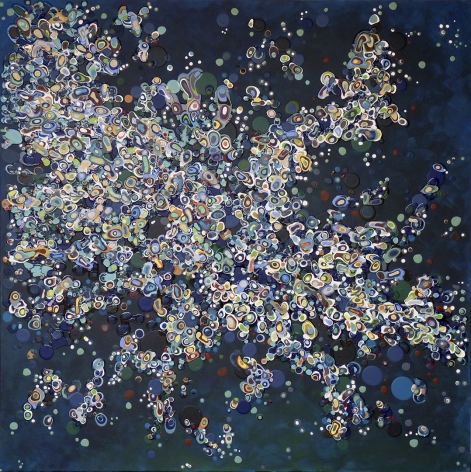 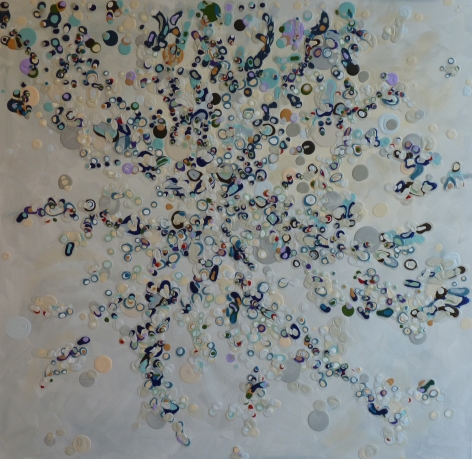 Cris Worley Fine Arts is proud to present new abstract paintings by Charlotte Smith in a solo exhibition entitled, Fall. This show will mark Smith’s sixth solo show curated by Cris Worley. Smith’s dedication to abstraction allows the viewer to explore her compositions through their own library of images and experiences, leaving the subject of each painting up to one’s imagination. Over the course of her career, Smith has constantly pushed the boundaries of her medium beginning with layering drops of paint on canvas. Before long, her layers evolved into spiky stacks of paint drops, then grew into long strings projecting from her canvas’ surfaces and, eventually, left the canvas to become three-dimensional sculptures.

Fall is specifically marked by Smith’s latest investigation into the juxtaposition of dark and light.  While some pieces seem to glow and are grounded through the use of deep navy, others seem much more ephemeral using off-whites and light pastels to give them a diaphanous quality.  Known for her “dot paintings”, Smith has pushed her dots into amorphous shapes, letting them layer in cloud-like formations that dance across the canvas while leaving her backgrounds more open and light.  In other works, Smith’s dots have transformed into drips, falling over the surfaces of the canvases to create veils of color that intermingle with each other.

Charlotte Smith received her MFA from the University of North Texas in 1999. Since then, she has had twenty solo shows in Texas and California and has been selected for nearly twenty juried exhibitions, often receiving awards. Recently, Smith was included in the travelling show, Obsessive Worlds, organized by the Art Museum of Southeast Texas in Beaumont. Smiths’ work has been featured in two books, Texas Artists Today (2010) and The State of the Art: Contemporary Artists in Texas (2012). Her work can be found in the collections of the Museum of Southeast Texas, the South Texas Institute for the Arts, and several Neiman Marcus stores, as well as many significant private collections throughout the country.