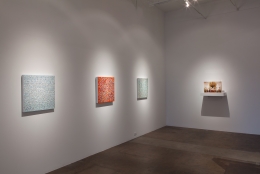 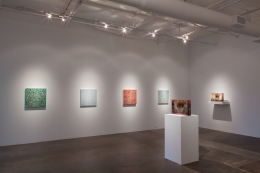 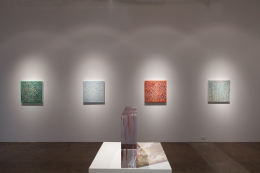 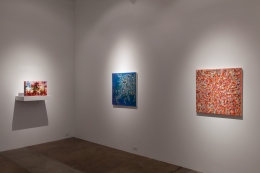 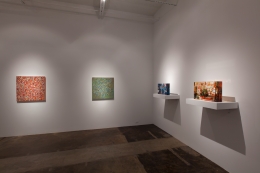 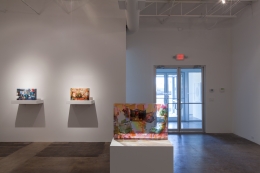 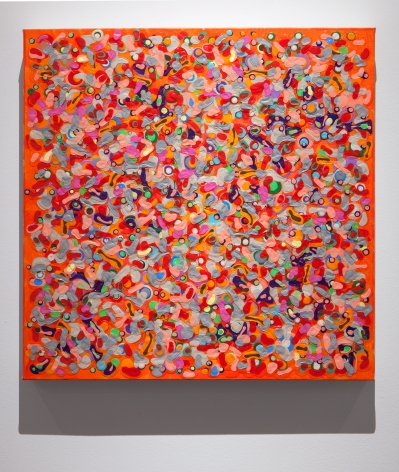 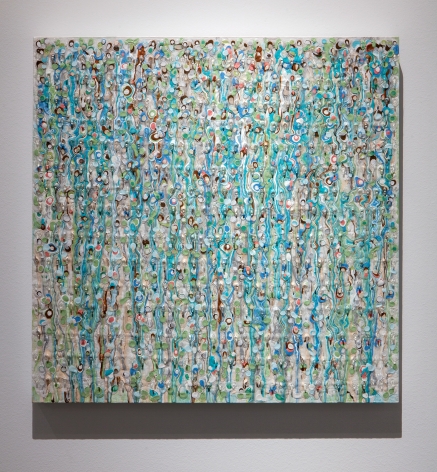 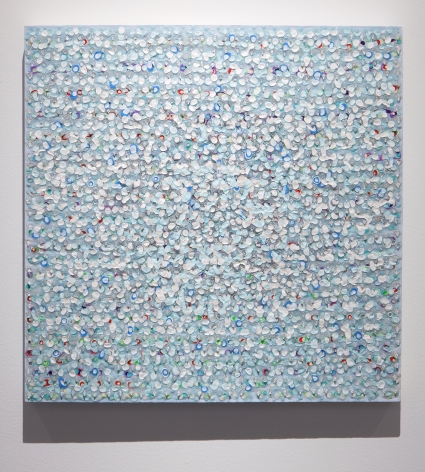 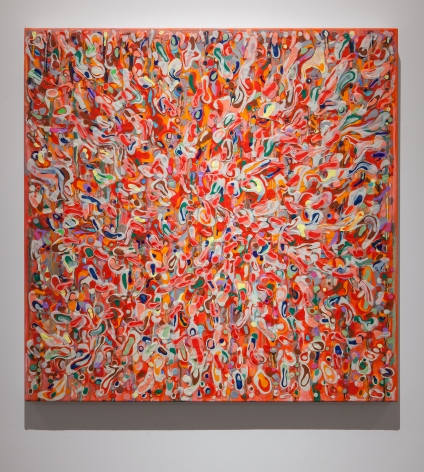 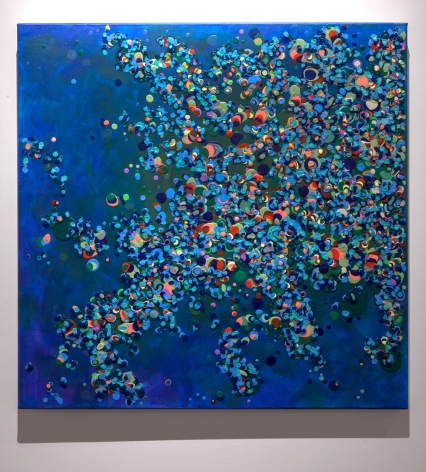 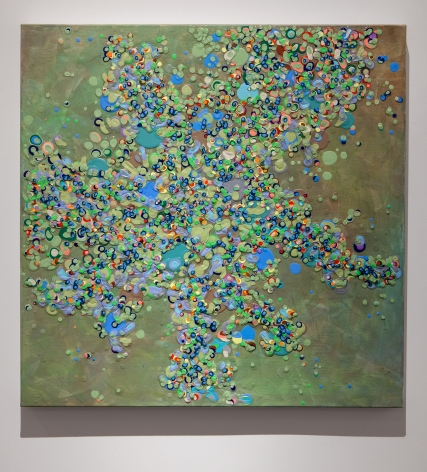 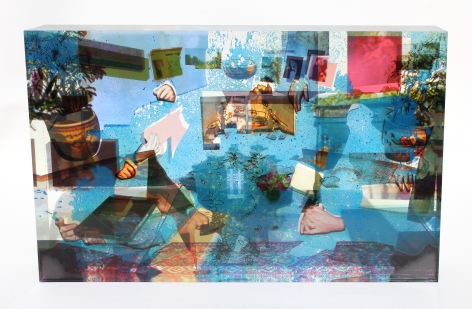 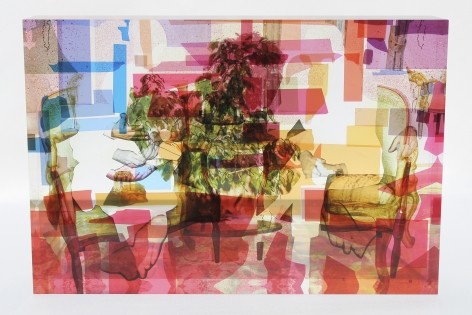 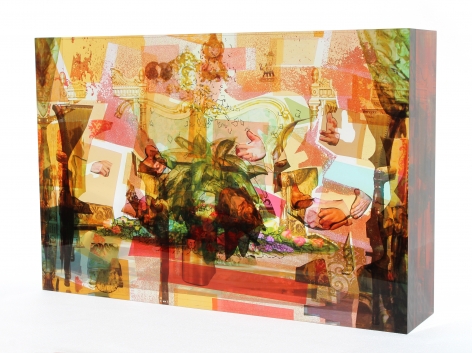 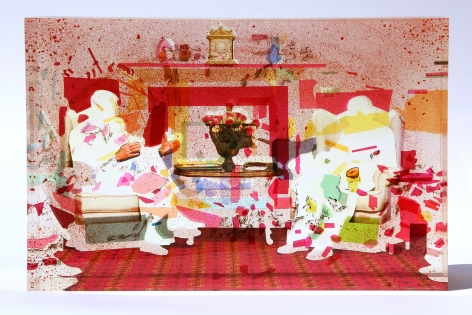 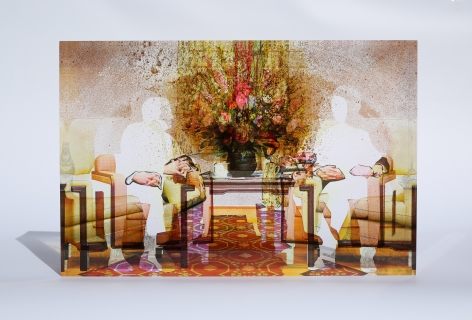 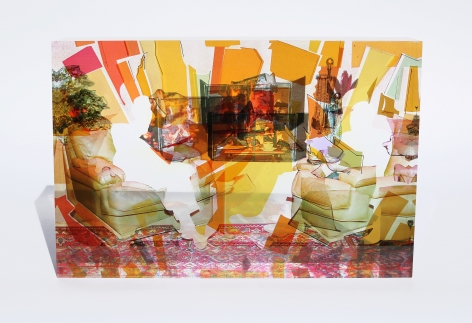 Cris Worley Fine Arts continues to introduce strong voices in contemporary art to Dallas and is proud to present the work of CWFA artist Charlotte Smith and newcomer Anna Elise Johnson in a two-person exhibition entitled, Ambassadors. This exhibition opens with an artist’s reception Saturday, February 21st from 6-8pm and will run through March 28th, 2015.

Both artists are known for their experimental layering techniques, and their tendency to push the boundaries of traditionally two-dimensional materials into 3D forms.vJohnson's collages utilize photographs of political, economic, and diplomatic meetings to construct scenes and political personalities. Delicate mists of spray paint, acrylic and India ink suspended in a mass of resin capture a chaotic stillness between characters that are defined by the void that their absence creates.

Smith’s dedication to abstraction allows the viewer to explore her compositions through their own library of images and experiences, leaving the subject of each painting up to one’s imagination. Over the course of her career, Smith has constantly pushed the boundaries of her medium beginning with layering drops of paint on canvas. In this recent body of work, Smith creates dense layers of color and translucency that push their way across the canvas, creating a dynamic atmosphere of interplay between painting and viewer.

Anna Elise Johnson currently lives and works in Houston, TX where she was a Core Fellow at the Glassell School of Art From 2012 to 2014. She received an MFA at The University of Chicago and a BFA from Washington University in St. Louis. She has been featured in over twenty group exhibitions throughout the nation, as well as internationally in Slovenia, and multiple times in Germany, her birth country. Her work has also been shown in solo exhibitions in Houston, TX and Berlin, Germany.

Charlotte Smith received her MFA from the University of North Texas in 1999. Since then, she has had over twenty solo exhibitions and has been selected for more than twenty juried exhibitions, often receiving awards. Smith is firmly entrenched in Texas Art History - she was recently included in the book, Texas Abstract (2014), Texas Artists Today (2010) and The State of the Art: Contemporary Artists in Texas (2012). Her work can be found in the collections of the Museum of Southeast Texas, the South Texas Institute for the Arts, and Neiman Marcus stores nationwide, as well as many significant private collections throughout the country.